There came a time when the Old Gods died! The wild died with the weary! The magnificent perished, locked in battle with the unforgivable! It was the last day for them! An ancient era passed in a Great Disaster!

Now, well over three thousand years later, the tales of the Old Gods are little more than myths in the Inner Systems. But in the Outward Space of the Fourth Galaxy, on many dingy frontier planets, they know different. They’ve seen gunslingers who found embers of the Old Gods' power. Fashioned into shooting irons these drifters can unleash the elements, rip apart the fabric of space, and commit the impossible.

It’s a lonely life for a young gun with a godly ember. They say that the God’s story starts to influence you. A shooter who starts to echo the legend, who keeps a little bit of the magic alive, they become more powerful. Last longer. But Outward Space is full of gunfighters who'll kill for a taste of the ember. A Godslinger’s gotta keep their wits about them and their draw quick in these lawless stars.

What is Old Gods and Young Guns?

Old Gods and Young Guns is a system-agnostic setting guide. It details a space fantasy western setting inspired by Jack Kirby's New Gods comics. The guide provides details on the world of Outward Soace and the history of the dead gods who left behind great power. The guides includes information on how life is in this setting, possible character archetypes, and a specific look at a location with named places and characters to hang plot hooks off but it doesn't include any mechanics for play.

You might pair a setting-agnostic game or system with this system-agnostic setting. You may consider games where the vibe already has a resonance and consider taking a game out of the implied setting and into the world of Old Gods and Young Guns.

Titanomaki is a particularly lawless star system in Outward Space. You'll meet assorted factions vying for control; the crooked Inter Phantom Corp, the cold and efficient mercenary outfit the Eternal Furies and the interstellar Pirate Congress, among others. You'll find hooks for different adventures on planets like the arid and dusty New Theogany, where a powder keg of conflicting interests is due to explode. Insert yourself into the gang war taking place on the Skull if the Sporelord, a strange moon with a legendary history, allegedly. Keep your trigger hand itchy when you visit Station SAL-00N, a glossy orbital casino hiding a rotten core.

Thoughts on the Western genre

The setting is a science fantasy setting that does not have a relationship to the history of Earth. We did not create sci-fi/fantasy analogues of Indigenous people and cultures as that is not something we felt comfortable or even qualified to do, as a white designer. This does mean however we’ve written a western inspired setting without Indigenous peoples. That gives us pause. It is worth thinking about how this can affect your experience of play and how best to be kind and patient with each other.

We'd encourage you to use safety tools at your table to manage any issues that might come up.

Interested in a physical copy of this setting guide?

The book is available print-on-demand via theLulu Bookstore in a comic book format.

Included in this purchase

What people are saying about Old Gods and Young Guns

"Old Gods and Young Guns presents a vibrant, capital-W-Weird setting, filled with colorful people, places, and plothooks. The guide draws on familiar themes and archetypes in a novel way, lending it an eminent playability and charm to spare." - Clove Fulminata (Our Minerva, CHOKE.)

In order to download this setting guide you must purchase it at or above the minimum price of $10 USD. You will get access to the following files:

Support this setting guide at or above a special price point to receive something exclusive.

If you're from a marginalised community or aren't able to pay full price feel free to claim a community copy.

For every rating or comment we'll add more copies to the pool.

The first challenge that presents itself on looking at this setting is what to run it with.  A few options come to mind:

Would love to hear what others are thinking about running this with. 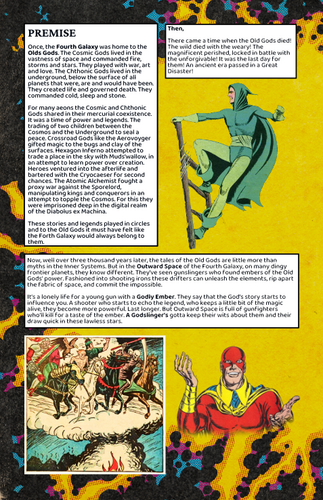 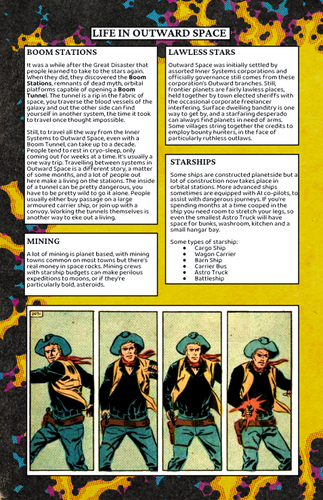 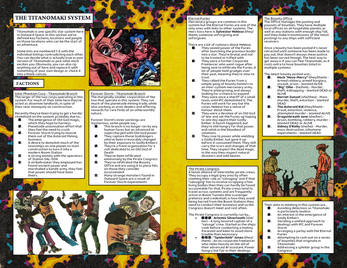