You are a Transgender Deathmatch Legend! You built your legend with a tapestry of broken glass, bloody fists and banging slams. You put the HRT in hurt and put the hurt on anyone who tries you. Tonight you’re going to smash your way across Slamchester cause someone owes you some fucking money! You went through two burning tables for a promoter and they’ve been ducking your calls for months, it’s time to settle things hands on. They heard you’re coming and will try and stack the deck, stop you from getting where you need to be, but just remember who you are, remember what you can to, and go get your fucking money.

Transgender Deathmatch Legend is a hexcrawl beat-em-up designed for two players. You’ll need a deck of cards to play, with combat resolved through a trick-taking game, and this 16-page coil-bound landscape book. The game is aggressively queer, overflowing with trans rage, and inspired by wrestling and fighting games.

By default this is a two player game, one player plays the Protagonist, they say what they do in any scene and play cards to try and win in combat. The other player will play the Facilitator, playing every other character, in and out of combat.

You can order a physical copy here. The print edition of the game is a coil-bound A5 landscape sized booklet.

Transgender Deathmatch Legend was featured on Party of One. Kayla, one of the games creators, joins Jeff Stormer tell the story of the Death Clown Pain-liachi.

What People Are Saying About Transgender Deathmatch Legend

“Transgender Deathmatch Legend is another quality game from The Dice, with excellent writing and layout. It is a queer hexcrawl beat-em-up RPG inspired by wrestling that is action packed and easy to learn. Would totally recommend!” - W.H. Arthur (The Sol Survivor, Superhero Cinematic Universe TTRPG)

"Bursting with flavor and genuine heart, Transgender Deathmatch Legend had me smiling and laughing all the way through the book. The Dice have put together a charming and evocative duet game that’s sure to get you itching to bust some heads." - Clove Fulminata, Vagabond Pen and Paper (Revenant World, Our Minerva, CHOKE.)

"TDL is a bloody, schlocky mess of jagged angles and sweaty crawling. It's as immediate as a light tube to the face and I can't wait to take it for a spin." - Taylor LaBresh, Riverhouse Games (This is a Game About Fishing, Break Up on Re-Entry, host of the Game Closet)

“A brutal, passionate love affair with the joy and rage of the squared circle. I don’t think I’ve ever felt so seen by a game before.” - Alyssa, Biscuit Fund Games (Goblin Country, Tournament Arc, Skirmish)

"Transgender Deathmatch Legend will piledrive you into a good time. Rip and tear into its cast of bloody characters with the finishing combos of your dreams. It's loud, it's vulgar, it's queer, and it's coming to clean house." - Sam Leigh, Blinking Burch Games (Anamnesis)

In order to download this queer beat-em-up you must purchase it at or above the minimum price of $8 USD. You will get access to the following files:

Support this queer beat-em-up at or above a special price point to receive something exclusive.

If you're from a marginalised community or otherwise unable to afford the game feel free to claim a community copy on us.

We'd appreciate a rating or comment about the game but that is in no way required to claim a copy.

We try to keep this topped up so please don't talk yourself out of claiming one if it would help you out, these community copies aren't limited.

We've upgraded the description to include the link to the Party of One episode we did.
You can also find it here: https://www.partyofonepodcast.com/2022/06/02/329-transgender-deathmatch-legend-w...

It was such a blast to record, was super fun and I think really shows of what I love about this game. 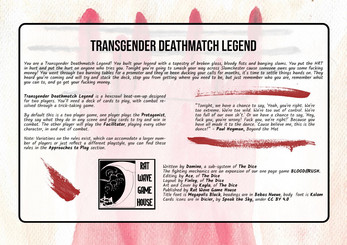 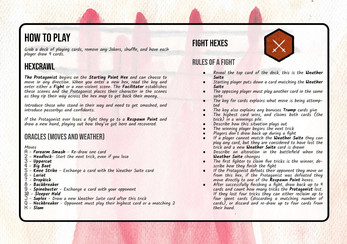 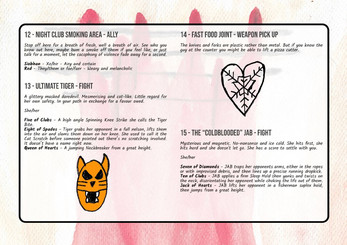