How to Embrace a Swamp Creature gives you an austerity crushed commuter town, friendships debating their continued existence, toxic air, visions of the stench, zombies trekking out of the bog for a pub breakfast, pride and madness; asking “What do you do next?”

How to Embrace a Swamp Creature is a role-playing game of Belonging outside Belonging. It is a game for 2-6 players as you all play a group of mentally ill post-teens living in Swamp Strange, a commuter town wrecked by over a decade of austerity. All players share responsibility for setting the mood and tone of the game, creating trouble and conflict, sharing the spotlight and spotlighting your setting, and looking after each other, however you can.

Swamp Strange is connected by train to the nearest city. It sustains it, it is sustained by it, it is drained by it, it is an overflowing drain that struggles to remember it’s a town. An odd and old magic pervades Swamp Strange. Breathe in the Stench of the weird wetlands and feel knowledge crawling in the dark corners of your mind. You and the other swamp creatures shamble through your routines but you can’t help but feel the cracks in the mud.

Your friend group used to see each other all the time: because you had to. Context forced you together and you became friends through that. But the context is gone. You’ve moved on. But you’re still friends; for now. Confront aimlessness, confront intimacy, look at what you’ve meant to each other and what you mean to each other.

Want the game in print?

You can order a copy here!

A tabletop role-playing game by The Dice

The Dice are a trans plural system of at least ten members. They are based in London and work as a teacher. Their hobbies (not all shared) include painting, making clay models and TTRPGs. They are a collection of artists, writers and game-designers.

Inspired by the Mountain Goats song of the same name

In order to download this game you must purchase it at or above the minimum price of $15 USD. You will get access to the following files:

If you're from a marginalised community or aren't able to pay full price feel free to claim a community copy.

If you're not able to afford the full price of the game feel free to buy at a reduced rate, no questions asked.

If you're not able to afford the full price of the game feel free to buy at a reduced rate, no questions asked.

I had been surprised by the first edition of this Belonging Outside Belonging game, which attracted me at first by its rather naive and clumsy cover, reflecting in my opinion the game's purpose: to play a bunch of losers in a small British town where toxic barrels are dumped from the neighboring factory; a bunch of irradiated losers, who don't really belong here, but wouldn't know where to go if they left. The 2nd edition is not much prettier than the first one, but it is full of intelligent additions, including excellent advice on how to set up a game of any BoB game, including on the long term, with a really great calendar principle (adapted from Wanderhome). A great read, even more so that I would have thought at first! 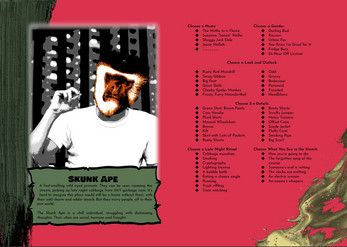 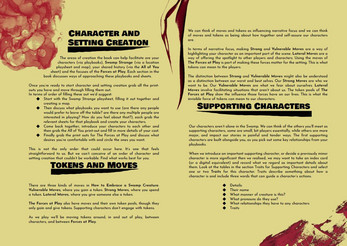 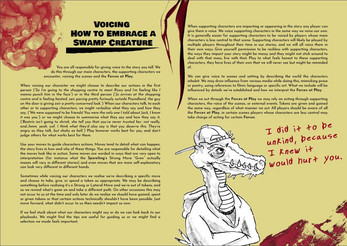 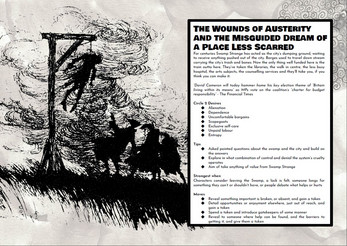